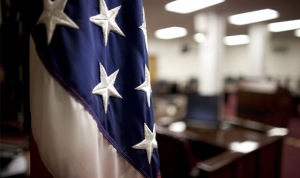 On November 5th, 2010, I was raped by a member of the United States Navy in Kampala, Uganda, where I served as a Peace Corps Volunteer.  You may have read about my incident recently in any number of news sources under the title “Navy Sailor Acquitted of all Charges in Rape Case against Peace Corps Volunteer.”   I am writing this today in an effort to provide some context to this case and to address a number of misleading statements that appeared in most of these articles.

First and foremost, my name is Sandi Giver and despite the defenses claims that I fabricated this story to avoid the shame and humiliation associated with a “one night stand” I am not the one whom shame belongs to on account of being raped.  What I am ashamed of is the treatment I received by the United States Navy, specifically the military judge in my case, and the biased reporting that was presented to the public following the trial.

On the stand I was literally re-victimized and humiliated by a defense counsel who built their case around assumptions and hypothetical arguments that this was not a case about rape, but rather a case about regret.  I was accused of not fighting back, not leaving the room when I had the chance, of not labeling my attack as rape, and not reporting to the authorities in a timely manner.  In other words, because of these things, I was obviously not a victim of rape but instead suffered from a guilty conscience and reacted out of fear that I may be discharged from the Peace Corps.

When I first decided to file charges against my attacker, I had no idea that my life would become a complicated and extremely difficult episode of NCIS.  I was given a brochure from the Navy stating that as a victim of crime I had the right to be treated with fairness and with respect for my dignity and privacy.  The truth of the matter is, I was treated as a criminal from day one in this process and I ended this ordeal feeling more victimized than I did the day after my assault.   Now don’t get me wrong, my Prosecutor and his team, which were also Navy personnel, were fabulous and I truly believe that they did their best to protect me and bring my rapist to justice.   Unfortunately, the Navy judicial system prevented him from presenting a fair and complete case at trial which I will explain in greater detail.

Throughout this process I was told repeatedly that if I did not sign waivers to personal files, health records, and private emails, that I would be considered an unwilling participant and that the case could be dismissed.  I was forced to meet with the defense counsel for several hours prior to this trial without an attorney/prosecutor present so that the defense could interview me and prepare their case.  Unfortunately, the prosecutor was never given the opportunity to interview the accused nor was the accused forced to take the stand or provide the prosecution with his personal emails immediately after the event.  As a result, this was never a case of he said/she said but rather what I said and what his lawyer said.

As if being raped and later re-victimized on the stand wasn’t enough, I had to walk out of that courtroom and read dozens of news articles that portrayed me as a liar.  Dozens of articles that portrayed me as the type of person who puts her reputation and career ahead of her morals and values.  Articles that portray me as so self-centered that I was willing to let a decorated service member face life in prison.  Interestingly enough, the articles never mention that the jury consisted of four men (three officers) and one woman (enlisted).  The article doesn’t mention that in the selection of jury members, only one woman could be found out of ten possible candidates.  On a military base as large as Norfolk, how is it possible that only one woman could be found?   I heard indirectly from members of the JAG that other women were available however most of them had participated in Sexual Assault Prevention and Response training which almost always results in them being disqualified from the jury selection process.

The articles effectively tell a story that would have the reader believing that I did absolutely nothing to stop my attacker or to flee the scene.  They stated how I never called the Peace Corps hotline for assistance.  They stated that I never attempted to fight off my attacker; that I never screamed for help or asked the accused’s roommate for assistance.  What the articles didn’t mention is how in my testimony I stated that I was unable to call the hotline because I didn’t have the number with me.  The article didn’t mention that there is no 911 in Uganda to call.  The article doesn’t mention that I told the assailant on multiple occasions to stop, that I tried to get up from the bed before he physically restrained me, or how I was strangled for nearly 30 minutes.   The article fails to mention that consent can be given or withdrawn through actions and or words according to the Navy’s definition of consent.  For whatever reason though, withdrawing consent in my case was defined as hitting, slapping or screaming.

Interestingly enough, the article also fails to mention that an expert witness was called in by the Prosecutor to address the defenses arguments but was so restricted by the judge in what he would allow her to say that she stated and I paraphrase “I have provided testimony in over 50 sexual assault court cases as an expert witness and never have I been handcuffed by a judge like I was during this trial”.   The articles don’t mention that when the prosecution attempted to ask her to explain why a victim might not report in a timely fashion, the judge asked her and the jury to leave the room.  The judge at that point reprimanded the prosecutor and reminded him that the witness was a “Powerful Witness” and in result he would only allow her to be questioned on surveys or studies that had been conducted.   Despite the court’s recognition of her as an expert witness in the areas of PTSD and Sexual Assaults, despite her over 30 years of clinical research and work with sexual assault victims, the judge refused to allow the prosecution to ask her about her clinical research or experience and refused to let the Prosecutor ask her about my actions during or after the rape.   The articles also fail to mention that after her testimony the judge turned to the jury and reminded them that they didn’t have to use her testimony during deliberations if they didn’t want to because her testimony was not considered evidence.

Had the expert been allowed to testify properly, the jury would have heard that nearly half of all victims of forcible rape report no physical injuries during the assault.   Had she been able to be properly examined by the Prosecutor he could have explored, in depth, how it is that a significant number of rape victims don’t label their assaults as rape despite meeting the legal definition of rape.  Had she been given the opportunity to speak to her years of clinical research and studies with sexual assault victims she could have explained how it is that many sexual assault victims do not fight back against their attackers out of fear of being physically harmed further.  The prosecutor was denied this right by the judge and as a result I was denied a fair and impartial hearing.

The articles go on to present other misleading facts from this case such as how a former acquaintance of mine disputed one of the charges against the accused.  What the article didn’t clarify is that immediately after stating this she also mentioned that she was extremely intoxicated and couldn’t remember many of the events of that evening.   The articles and the defense both state that I was concerned about being discharged from the Peace Corps as a result of a one night stand.  That I went to Peace Corps to seek emergency contraception and that had I become pregnant I could be sent home.  This could not be further from the truth.  I went to Peace Corps seeking Post Exposure Prophylaxis because I was terrified of the prospect of being infected with HIV in a country like Uganda that has extremely high HIV infection rates.  I was never afraid that I would be discharged from the Peace Corps.  Peace Corps supported me through this entire process and despite the defenses claim that they pushed me to file charges to clear their “damaged reputation” I alone made the decision to pursue this case.

I recognize that in the end my case is over.  I have no choice but to accept the jury’s findings and must live with the fact that my attacker will never be held accountable for what he did to me that night.  I am grateful to Lt. Riggio, my Prosecutor, and his team as well as the Peace Corps, and I truly believe that they did all that they were legally able to do, despite the restraints placed on them, to prevent my attacker from raping and sexually assaulting other women.  The question before you now is what are you, the reader of this, willing to do to prevent rape and sexual assaults in the lives around you?