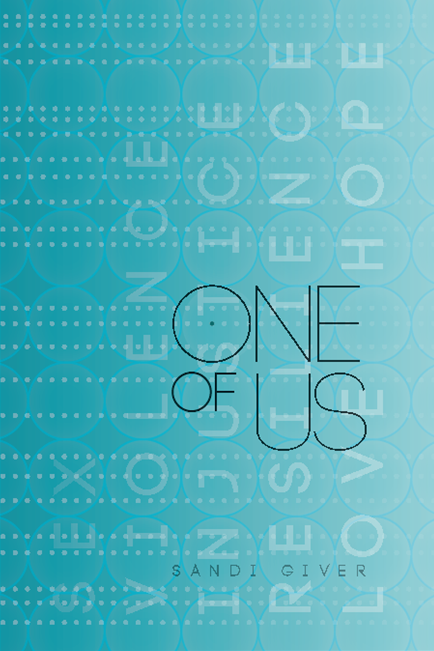 For updates and other news, please check out oneofusmovment.com!

I wasn’t expecting to find this type of article about sexual violence and assault in a Cosmo magazine.

Please support your friends when they say your help is needed.  The aftermath of my own sexual assault was extremely overwhelming.  Supportive individuals along the way made a huge difference in my well-being and ability to seek legal justice.

END_OF_DOCUMENT_TOKEN_TO_BE_REPLACED 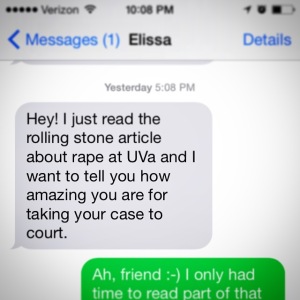 Jarring were the words written in the article titled “A Rape on Campus: A Brutal Assault and Struggle for Justice at UVA”. I had to take breaks between the photos so my mind could process the reality these individuals lived through.  Below are the top ten themes that stuck in my mind as the article kept going and my heart grew dejected:

Reading the comments that followed the article, some people chose to focus on UVA as a problem campus, a party school, or the Greek life.  Some chose to look at the Sexual Assault Misconduct on college campuses and how that attempt at justice is failing.  To me, this is a much larger problem, a cultural issue. END_OF_DOCUMENT_TOKEN_TO_BE_REPLACED

I’ve had this blog for awhile. Entries from my time in India with Word Made Flesh and then Peace Corps. With WordPress, they have a section in “My Stats” where you can see what people searched that brought them to your blog. “Peace Corps: What to Pack” is a big hit.

END_OF_DOCUMENT_TOKEN_TO_BE_REPLACED

In May 2011, I volunteered with Service Women Action Network during their Truth and Justice Summit. While waiting to speak to a Senator, one of their staffers asked which branch each person served in. Marines, Navy, Air Force, Army, and then they got to me.

“I just served in the Peace Corps,” I said.

“Sandi, you say that as if it doesn’t mean something! You are one of us!” said one of the Veterans.

(btw- that conversation inspired the name of my book “One of Us: Sex, violence, injustice.  Resilience, love, hope.”

Peace Corps asked Volunteers and RPCVs to share “defining moments” from their Peace Corps Service. Although I did not submit any photos, I volunteered with the Defining Moments video team and am the first person with the red shirt which is pretty sweet.  Since I didn’t actually take the photo of the children running, I’ve decided to share a few defining photos from my service in Uganda.

END_OF_DOCUMENT_TOKEN_TO_BE_REPLACED

Sexual exploitation knows no bounds. Its injustices do not happen to specific people, committed by one type of assailant, with precise variables leading to the same crime.  Sexual predators may use a demeanor that gets them close to their victims that goes unnoticed by others.  Individuals we would never label by their appearance traumatize our friends and members of our families.   While a few of these perpetrators are being held accountable, the majority are not.  This is not a women’s issue that only affects females. Men have also come forward with stories of abuse.  The impact of sexual assault goes beyond the primary victim to impact those around them.   This is a human rights violation that we have the power to stop.
END_OF_DOCUMENT_TOKEN_TO_BE_REPLACED